Flynn Hawkins is a graduate assistant at a prestigious university, on his way to greatness and wisdom. But in the aftermath of 9/11, Flynn leaves his unhappy marriage and beloved children, resigns his teaching position and heads west, only to get lost in his guilt and in the mountains of Colorado. When he ends up stuck overnight in a snow drift during a blizzard on the Continental Divide, he realizes he needs to remake himself into the kind of man his children need him to be.

With wit and insight, David Hicks turns a compassionate but unblinking eye on what it means to be human—to be lost while putting yourself back together again, to be cowardly while being brave, to fail and fail again on the way to something that might be success.

“In David Hicks’s captivating debut, an English professor realizes he can no longer stand to live a life of quiet desperation. Comic and tender by turns, White Plains is a big-hearted novel about awakening–and reawakening–to love.” — Leni Zumas, author, Red Clocks

“David Hicks has written a novel with sentences that dance and sing on the page.” — Allen Learst, author, Dancing at the Gold Monkey

“In his moving first novel, David Hicks gives us a front-row seat as we watch a good man on a journey to becoming a better man. Through these compelling and masterful linked stories, we commiserate with and cheer for Flynn Hawkins as he moves across the country, away from and back to the person he longs to be.” Stephanie G’Schwind, Editor, Colorado Review

“Flynn’s half-lived life comes of age post-marriage, in the time of tender fatherhood. He’s not just the flawed but adored professor living inside an English teacher’s dream of a book. He’s an American man growing up, finally, right when this country needs him the most.” – Rebecca Snow, author, Glassmusic: A Novel

“White Plains is wise, sincere, intimate; Flynn’s self-reflection refreshing, if flawed. A novel comprised of a patchwork of perspectives, each its own swelling wave, so full and beautifully realized, show us Flynn as father, as friend, as professor, as son, brother, lover. As human. A man sometimes silent but never resigned, never disengaged. This book is a blueprint for a life lived, seized. A book that guts, but holds you fast with exquisite sentences and offers, yet, a measure of hope.” – Angela Palm, author, Riverine

“With characteristic and devastating restraint, we’re asked, ‘How many chances does a man get to set his life straight.’ The answer: read this extraordinary novel.” — David Lazar, author, I’ll Be Your Mirror: Essays and Aphorisms

“White Plains follows the trajectory of a man’s life, from the giddiness of youth with all its promise to the midlife realization of a life not fully lived, but, thankfully, the book does not end there: it shows us how a life can be rebuilt. This book is every single thing I want when I read: compassionate, hopeful, and beautifully written, David Hicks is a first-rate storyteller.” – Lori Ostlund, author, After the Parade

“Beautifully and honestly wrought, White Plains by David Hicks is a stunning portrayal of one man’s journey to redemption and transformation. Woven through many voices, and tragedies both personal and global, this is ultimately a story of kindness and forgiveness despite the misfirings of our ever-yearning human hearts. A gorgeous and unforgettable debut.” – Kathy Fish, author, Together We Can Bury It

“[A] glowing set of stories, a book that reads like late night messages sent from a friend. This is an honest lookat a man moving from punishing bad faith toward something he finally hopes is good.” –Ron Carlson, author, Ron Carlson Writes a Story

“What happens when a man risks everything in search of a real home and big love? David Hicks shares the answerin White Plains, a thrilling and thoughtful take on what it means to live life to the fullest.” –Sophfronia Scott, author, Unforgivable Love 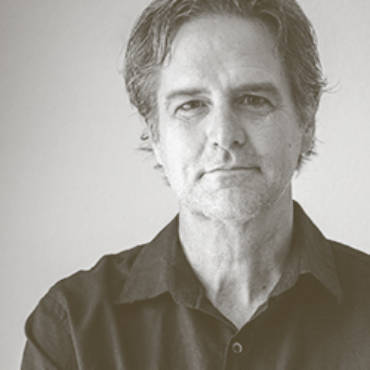 David is the author of the debut novel, White Plains, published by Conundrum Press in 2017. Excerpts from the novel have been published as short stories in Glimmer Train, Colorado Review, Specs, Saranac Review, and South Dakota Review, along with other stellar journals. David lives in Colorado with his wife, the poet Cynthia Kolanowski, with children Stephen and Caitlin nearby, and is a professor at Regis University, where he also co-directs the Mile-High MFA program. He is represented by Victoria Skurnick of the Levine Greenberg Rostan Literary Agency.