A Novel About Music, Food, and Love

LaVerne Williams is a ruined ex-big league ballplayer and ex-felon with an attitude problem and a barbecue joint to run. Ferguson Glen is an Episcopal priest and fading literary star with a drinking problem and a past he’s running from. A.B. Clayton and Sammy Merzeti are two lost souls in need of love, understanding and another cigarette.

Thin Blue Smoke is an epic American redemption tale. It is a story of love and loss, hope and despair, God and whiskey, barbecue and the blues. Hilarious and heart-rending, sacred and profane, this book marks the emergence of a vital new voice in American fiction.

“As Norman Mclean’s A River Runs Through It does for Montana fly-fishing, Doug Worgul’s Thin Blue Smoke makes the poetry of Kansas City barbecue accessible to all readers. More than gorgeous prose and fully developed characters, this novel offers us catharsis.” — Matthew Quick, author of The Silver Linings Playbook

“Doug Worgul’s Thin Blue Smoke is a poignant story that unfolds in and around a tiny barbecue joint on the backstreets of Kansas City. With bold and twisted characters like those of Flannery O’Connor or Frederick Buechner, Worgul weaves a rich and redemptive story that captures the spirit of its gritty, urban setting as well as any American novel that is deeply rooted in a place. In our world of increasing isolation and infidelity, Thin Blue Smoke stirs our imaginations with the hope of what is possible through deep and tenacious friendships.” — C. Christopher Smith, editor, The Englewood Review of Books

“Thin Blue Smoke is a wandering through a community bound by their shared histories, their dreams, and the food they love. It reminds me of the best things in life. And Doug Worgul has done what all great writers strive to do: make you crave for more.” — Rajiv Joseph, Pulitzer-Prize nominated playwright and author

“[There is a] sort of Buechnarian tragedy, comedy, and fairy tale that laces this novel. . . . It reminded me of a couple of my favorite books: David James Duncan’s The Brother’s K and Anne Tyler’s Saint Maybe. The characters of Thin Blue Smoke are not unlike most of us—sidetracked and puzzled, reaching for something they can’t quite name.” — Dale Brown, founding director of the Buechner Institute 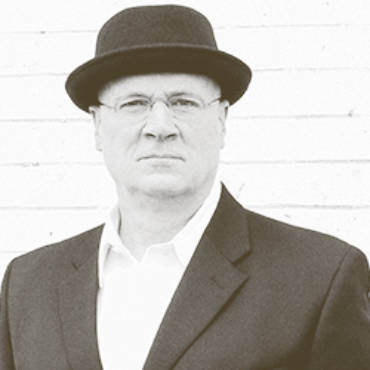 Doug Worgul is the director of marketing at Joe's Kansas City Bar-B-Que and a nationally recognized authority on American barbecue traditions. He has worked as an editor, features editor, and senior book editor at The Kansas City Star. He is the author of The Grand Barbecue and A Table Full of Welcome. He lives in Leawood, Kansas.