Evoking the Western drama of Cormac McCarthy, the family sensibility of Kent Haruf, and the wacky, magical humor of Christopher Moore, McBrearty displays his storytelling prowess and wit in his debut novel. In his debut novel, Pushcart Prize winner Robert Garner McBrearty spins a hilarious, poignant, over-the-top Western. In it, Jim O’Brien writes the quixotic saga of his ancestors who grew up with a tribe of Comanches. As his grip on reality loosens, O’Brien weaves into the tale modern day stalkers, drug dealers, secret agents, strippers, a mad linguist, an imaginary therapist, Ernest Hemingway, and an RV trip through the soul of the West. Having been displaced, each of the characters must embark on the Great American Quest for a place to truly call home.

“Robert McBrearty’s stories occupy a fascinating world where the daft becomes heartfelt, the dangerous becomes ordinary, and the ordinary becomes downright odd–and where the act of writing is appropriately worthy of awe. A world, in other words, seen through a pane of absurdist old glass.”
—David Wroblewski, author of The Story of Edgar Sawtelle

“The Western Lonesome Society is a thing of beauty, a house with many rooms, all built of humor and pathos. I don’t know what to call it, comic novel or surreal novella, or a genre all its own, a literary tall tale. McBrearty’s work shows an extraordinary imagination and a deeply felt love for the written word.”
—Barry Kitterman, NEA Fellowship winner, author of The Baker’s Boy 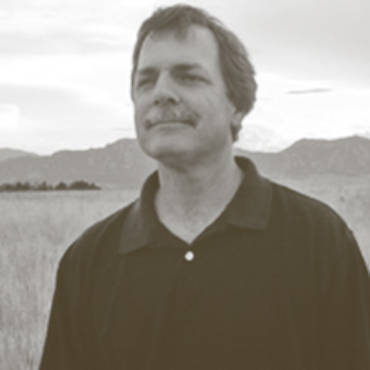 Raised in San Antonio, Texas, McBrearty started writing as a teenager and in his early twenties moved to Mexico to write and study, earning a living by teaching English. A few years later, he graduated from the Iowa Writer’s Workshop and shortly after his stories began to appear in such major literary publications as the Pushcart Prize anthology, StoryQuarterly, Missouri Review, Mississippi Review, New England Review, North American Review and Narrative. “A lot of those earlier stories were written late at night after working another job, or at dawn when the kids were small,” McBrearty has said. “I'd tried to write before they woke up.” He often draws from his upbringing in Texas and the many varied odd jobs he’s had. His short stories have been frequently used for large dramatized readings at Stories on Stage in Denver and at the Dallas Museum of Art. He is the author of a previous collection of stories, A Night at the Y, republished by Conundrum Press in 2014. This volume was used as a textbook for classes at Youngstown State University, Youngstown, Ohio; and the University of Colorado at Boulder. His new novella, The Western Lonesome Society, is available from Conundrum Press. McBrearty lives in Louisville, Colorado. He has worked as a newspaper columnist, an English teacher, a dishwasher, a mental hospital attendant, a hotdog salesman, an assembly-line worker, and a ski-lift attendant. He is a consulting editor for Narrative magazine, and a contributing editor to the Pushcart Prize. He puts in time as a writing teacher, Tai Chi instructor, and househusband; but, McBrearty is primarily a writer.