Finalist for the Colorado Book Award for Poetry

FIERCE isn’t a word that immediately comes to mind — at least not to my mind — when describing poetry. But David J. Rothman’s poems are fierce, sometimes painful, and always, always passionate.

There’s a craving to unearth the secret core of life that emanates from the poems in The Elephant’s Chiropractor. Throughout this 65-page collection, you can almost hear Rothman’s heart pounding triumphantly as he seizes upon and captures yet another of the small, ephemeral, but ultimately defining moments that can bring a soul to its knees or raise it to the heavens.

Whether it’s the essential alone-ness of lovers in a stifling, unkempt apartment, struggling with

To sadness after sex …”

or the unlikely revenge of a small stone hidden in a spoonful of rice and suddenly metamorphosing into an agent of dental destruction, Rothman’s razor-sharp eye for detail slashes deeply into our consciousness, sometimes taking us places we’d rather not go.

To say that I felt queasy after reading “To A Rooster” may hardly sound like a compliment. But it is, in the deepest sense. This poem is so vivid and excruciating in its portrayal of a once-proud and majestic creature, its beak now clipped and its claws bound, being dragged to its destiny in a peasant’s stew pot, that I felt I was actually looking into the rooster’s

and begging its forgiveness for my own pitiable hunger.

The memorably-titled, “You Have Caught The Screaming Baby,” is a deft sketch of how an unsuspecting passerby is transformed into a hero when a baby is hurled through a closed, fourth-floor window during a domestic dispute. The child’s bruised mother tells the rescuer,

For catching my baby. It was my ex.

But Rothman’s world is not all dark. The collection’s title poem is narrated by a kind of chiropractor to the cosmos, a circus performer realigning the universe as the clowns cheer. Images of angels and doves vie with sly, playful observations of the way “Marriage triumphs over gravity in a stroke” of the beloved’s caress. And great-uncle Lester, in culinary ecstasy over homemade chopped liver (recipe included) served during a Thanksgiving feast, could be a member of my own family — or yours.

IN TERMS OF STYLE, it’s fascinating that HOW Rothman writes is often so different from WHAT he writes. The words paint scenes of wild, wicked abandon, while the forms exhibit consummate control. Whether crafting a couplet or a Petrarchan sonnet, Rothman has a way with traditional poetic forms. But then I guess that’s to be expected from a man who earned an undergraduate degree in literature (and history), and both an M.A and a Ph.D. in English.

As publisher and editor of Conundrum Press, Rothman obviously has the final say over which authors his press will publish. While self-publishing, especially poetry, is sometimes little more than an act of vanity or pride, The Elephant’s Chiropractor is a collection that any press would be proud to call its own. 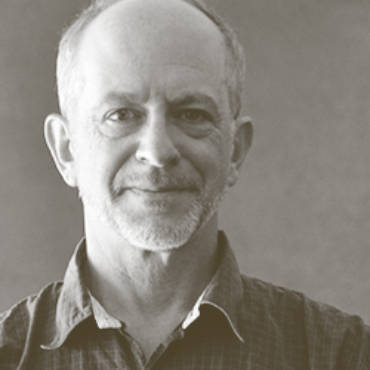