David J. Rothman’s most recent volumes of poetry both came out in 2013: The Book of Catapults (White Violet) and Part of the Darkness (Entasis). A volume of essays about skiing, mountaineering and mountain towns, Living the Life (Conundrum), also came out in 2013. Rothman’s previous volumes of poetry include Dominion of Shadow, Beauty at Night and The Elephant’s Chiropractor, which was a Finalist for the Colorado Book Award, and he edited The Geography of Hope: Poets of Colorado’s Western Slope. He is also co-author, with the late Stanley Rothman and Stephen Powers, of a social science study, Hollywood’s America: Social and Political Themes in Motion Pictures. He lives in Crested Butte, Colorado. He is Editor of the Rocky Mountain Poetry Series, published by Conundrum Press. His poems, essays and scholarly work have appeared widely, in journals including Appalachia, Atlantic Monthly, Gettysburg Review, Hudson Review, Kenyon Review, Poetry, and scores of other newspapers, journals and periodicals.

He has worked extensively both as a teacher and as an arts and educational administrator. He has been a President of the Robinson Jeffers Association and serves on several non-profit boards in education and the arts, including the governing board of the Association of Writers and Writing Programs (AWP). He has also served on a number of grant review panels for organizations such as the National Endowment for the Humanities, the President’s Council on the Arts and Humanities, and the Colorado Council on the Arts, the Maryland State Arts Council. He has been a Colorado Statewide judge for Poetry Out Loud and has served as Poet in the Schools in Chatfield (CO) Senior High School. 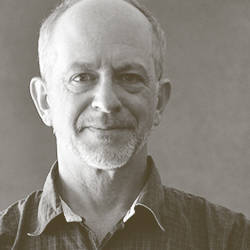