Confessions of a Barbarian

These eloquent meditations, philosophical musings, and whimsical doodles offer us the clearest window into the soul of this American literary legend.

Few have cared more about American wilderness than the irascible Cactus Ed. Author of eco-classics such as The Monkey Wrench Gang and Desert Solitaire, Edward Abbey reveals all his rough-hewn edges and passionate beliefs in this witty, outspoken, maddening, and sometimes brilliant selection of journal entries that takes the writer from his early years as a park ranger and would-be literary author up to his death in 1989. Everything is here: the acute wit, the searing cynicism, and the lyrical, effortless prose. This new edition features an interview with his friend and editor David Petersen in which Abbey speaks candidly about his own work, his approach to writing, and technique. Original sketches made by Abbey himself and a detailed index are also included.

David Petersen is the author of Ghost Grizzlies: Does the Great Bear Still Haunt Colorado?, On the Wild Edge: In Search of  A Natural Life, and several more nature-themed books. Additionally, he edited Big Sky, Fair Land, the environmental essays of Pulitzer winning novelist A.B. Guthrie, Jr., was Western Editor for Mother Earth News, and a masthead contributor to Backpacker Magazine. He lives near Durango, Colorado. 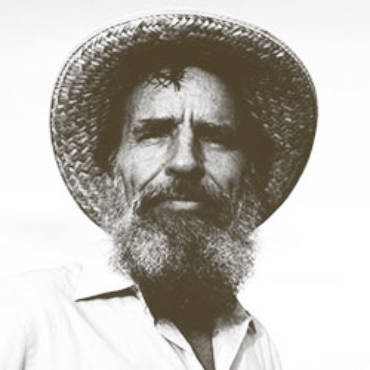 Edward Abbey, (born January 29, 1927, Indiana, Pennsylvania, U.S.—died March 14, 1989, near Tucson[now in Tucson], Arizona), American writer whose works, set primarily in the southwestern United States, reflect an uncompromising environmentalist philosophy. The son of a Pennsylvania farmer, Abbey earned a B.A. (1951) and an M.A. (1956) at the University of New Mexico. He subsequently worked as a park ranger and fire lookout for the National Park Service in the southwest, developing an intimacy with the region’s landscape that was to shape his writing career. Central to this experience was the perspective it afforded on the human presence in the natural environment. Abbey observed both the remnants of ancient Indian cultures and the encroachment of consumer civilization. His book Desert Solitaire (1968), considered by many to be his best, is an extended meditation on the sublime and forbidding wilderness of southeastern Utah and the human incursions into it. He husbanded his extensive knowledge of the region, admitting “I have written much about a good many places. But the best places of all I have never mentioned.” Abbey’s novel The Monkey Wrench Gang (1975) recounts the exploits of a band of guerrilla environmentalists; both it and Desert Solitaire became handbooks of the environmental movement. The strain of cynicism that runs through much of Abbey’s writing is leavened by a bracing prose style and mischievous wit. His advice was unorthodox: “This is what you shall do: Love the earth and sun and animals. Stand up for the stupid and crazy. Take your hat off to no man.” And his opinions pithy: “Anarchism is not a romantic fable but the hardheaded realization, based on five thousand years of experience, that we cannot entrust the management of our lives to kings, priests, politicians, generals, and county commissioners.” His appreciation for the natural and distrust of machines and the modern state resonated through the 1960s, ’70s, and beyond. After his death, he was buried as he had requested: in a sleeping bag, without embalming fluid or casket. His body was surreptitiously interred in an unmarked desert grave somewhere in Arizona. Among his many other works are The Brave Cowboy (1958), Slickrock (1971), Abbey’s Road (1979), and The Fool’s Progress (1988). Hayduke Lives!, a sequel to The Monkey Wrench Gang, was published posthumously in 1990. Confessions of a Barbarian: Selections from the Journals of Edward Abbey, 1951–1989, edited by David Petersen, was published in 1994. (from Britannica.com)