The son of a Pennsylvania farmer, Abbey earned a B.A. (1951) and an M.A. (1956) at the University of New Mexico. He subsequently worked as a park ranger and fire lookout for the National Park Service in the southwest, developing an intimacy with the region’s landscape that was to shape his writing career. Central to this experience was the perspective it afforded on the human presence in the natural environment. Abbey observed both the remnants of ancient Indian cultures and the encroachment of consumer civilization. His book Desert Solitaire (1968), considered by many to be his best, is an extended meditation on the sublime and forbidding wilderness of southeastern Utah and the human incursions into it. He husbanded his extensive knowledge of the region, admitting “I have written much about a good many places. But the best places of all I have never mentioned.”

Abbey’s novel The Monkey Wrench Gang (1975) recounts the exploits of a band of guerrilla environmentalists; both it and Desert Solitaire became handbooks of the environmental movement. The strain of cynicism that runs through much of Abbey’s writing is leavened by a bracing prose style and mischievous wit. His advice was unorthodox: “This is what you shall do: Love the earth and sun and animals. Stand up for the stupid and crazy. Take your hat off to no man.” And his opinions pithy: “Anarchism is not a romantic fable but the hardheaded realization, based on five thousand years of experience, that we cannot entrust the management of our lives to kings, priests, politicians, generals, and county commissioners.” His appreciation for the natural and distrust of machines and the modern state resonated through the 1960s, ’70s, and beyond. After his death, he was buried as he had requested: in a sleeping bag, without embalming fluid or casket. His body was surreptitiously interred in an unmarked desert grave somewhere in Arizona. 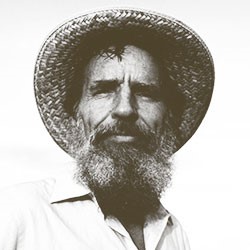