Beethoven In Denver and Other Poems

In this collection, Burton Raffel brings a lifetime of artistry to an enchanting and visionary story, followed by a sequence of jewel-like lyrics.

In the title poem, set during Raffel’s time as a Professor of English at the University of Denver, Beethoven returns from the dead and moves in with Raffel for extended conversations on music, politics, women, history, chocolate, mountains, love, and God.

According to the narrator, the composer returns because “Beethoven would risk anything,” but it is Raffel who has dared to imagine this magical, whimsical and inspired dialogue, forging anew the character of Romantic inspiration.

Over the course of the poem, Beethoven emerges as both ordinary and supernatural, naïve yet eternal, vulgar and divine.

In the end, Beethoven shows up missing, but not before Raffel transmits him to us as the generous ghost of our own creative yearnings.

Raffel then presents us with eighteen lyrics about love, death, and memory. It is a sequence that unleashes the inspired promise of the books’ first part, a dark, intense vision charged with revelations of the ordinary.

Filled both with creative joy and the acknowledgment of death, Beethoven in Denver and Other Poems stands as a major and mature work by one of the gifted poets of our time.

So welcome, truly vital facts, my map-land
Acted out in living color, full
With brilliant sound, displayed with no commercials!
A place not shown in printed pages, wrapped
And handy, sold for profit, dreams, diversions,
Just peaceful, dull, no glamor, glitter, bull.

Early to Rise
It wasn’t exactly that Beethoven ate too much:
He’d never been a fat man, not even in Vienna,
exposed to all those fragrant pastry shops
And the thick cream and free flowing beer–not to
mention chocolate.
He’s always burned up what he ate, and he’d always
worked too hard
And moved too fast to get fat. But then was then
And now was now and if he wasn’t getting fat
He certainly wasn’t getting any thinner.
“Would you like to try an excercise program?” I asked
him on Sunday,
After he’d put in three hours watching an opera, an
hour and a half taking in a ballet,
And two one-hour stretches with the Boston and
Chicago orchestras
(He made good use of television, you have to give
him that).
“A who?” he asked, chuckling, and I tried to explain.
“Ho-ho,” he laughed, “I’ll do even better than that,
I’ll chop all your wood for you.
I’m a very handy man with an axe.”
I made a deferential gesture: “We don’t burn wood
any more. It’s all gas from a pipe.”
“All right,” he said at once, “I’l do all the family
washing. How’s that?
My mother did all the washing once upon a time:
Am I any better than my mother?”
I cleared my throat:
“We have a washing machine. And a dryer. And,”
I added,
Just to make the list complete, “we have a
dish-washing machine too.”
He wet his lips and stopped smiling.
“I have decided to get fat,” he announced.

Praise for Beethoven in Denver and Other Poems
“Burton Raffel is that rarest of poets, someone whose personality is so genuinely engaging that we totally forgive the poet’s eloquence and skill and marvelous trickery, and let them work their magic on us unaware. This delightful and entirely accessible book takes us into an extraordinary narrative dialogue between Raffel and the great Beethoven himself; and then, as a coda, gives us some of the most gorgeous and jewel-like lyrics one can find in this century.”—Frederick Turner

“[Raffel’s] clarity is a marvel. It’s a gift of form and detail that composers strive for, and brings to mind an ease of communication such as one hears in Schubert, who sometimes breaks your heart. [His] encounter with Beethoven is fresh, delightful, funny, thoroughly absorbing–and enviable.”—Paul Ramsier, composer

Reviews
“At the heart of this collection…are forty-eight poems based on the premise the Ludwig von Beethoven…returns to the planet as a guest in [Raffel’s] home. This time-travel fantasy works…Most of the poems involve light-hearted conversation between composer and poet in which Beethoven, often bemused by the modern world, offers insightful commentary that illuminate Raffel’s—and the reader’s—sense of his own time, along with the ironic difficulty of getting the point.”—Walt Cummins, The Literary Review

“Raffel once again demonstrates and documents his impressive ability with word images, rhythms, and the poetic communication of ideas and feelings.”—John Taylor, Midwest Book Review

“Burton Raffel is a discerning poet, not to mention a patient and gracious host…I giggled (to myself) long after finishing the book.”—Jeffrey Donlan, Colorado Libraries 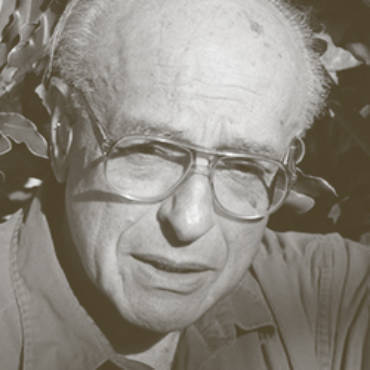 Author of more than sixty books, including a translation of Beowulf that has sold more than one million copies since it was first published in 1963, Burton Raffel is one of the most widely read American poets of the second half of the twentieth century. In addition to six previous volumes of his own poetry, he has published critical studies of T.S. Eliot, Robert Lowell, Ezra Pound, and many other figures, and translated major poetic works from a dozen languages, including a recently completed translation of the complete works of Chrétien de Troyes. The son of immigrant parents, Raffel was born and raised in New York City. He received his B.A. in 1948 from Ohio State University. He was a Ford Foundation teacher in Indonesia from 1953 to 1955. In 1958 he received his J.D. from Yale University and practiced law on Wall Street from 1958 to 1960. In 1964 he received two American Philosophical Society grants to write The Development of Modern Indonesian Poetry. From 1964 until 1987 he was a full-time university teacher at schools including the State University of New York, the University of Haifa in Israel, the University of Texas, Ontario College of Art, York University and the University of Denver, where he taught for twelve years. He currently holds an Endowed Chair in Humanities at the University of Louisiana in Lafayette.