Author of more than sixty books, including a translation of Beowulf that has sold more than one million copies since it was first published in 1963, Burton Raffel is one of the most widely read American poets of the second half of the twentieth century. In addition to six previous volumes of his own poetry, he has published critical studies of T.S. Eliot, Robert Lowell, Ezra Pound, and many other figures, and translated major poetic works from a dozen languages, including a recently completed translation of the complete works of Chrétien de Troyes.

The son of immigrant parents, Raffel was born and raised in New York City. He received his B.A. in 1948 from Ohio State University. He was a Ford Foundation teacher in Indonesia from 1953 to 1955. In 1958 he received his J.D. from Yale University and practiced law on Wall Street from 1958 to 1960. In 1964 he received two American Philosophical Society grants to write The Development of Modern Indonesian Poetry. 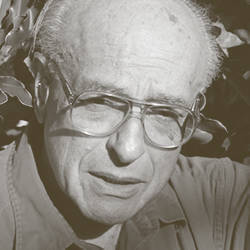