Peter Anderson was the Bennett Fellow Writer-in-Residence at Phillips Exeter Academy for the 2015-16 school year. His books include Heading Home: Field Notes (Conundrum Press, May 2017), First Church of the Higher Elevations (Conundrum Press, 2015), a collection of essays on wildness, mountain places, and the life of the spirit, and Going Down Grand: Poems from the Canyon (Lithic Press, 2015), an anthology of Grand Canyon poems edited with Rick Kempa. Peter teaches writing at Adams State University in Alamosa, Colorado and lives with his family on the western slope of the Sangre de Cristo Range. 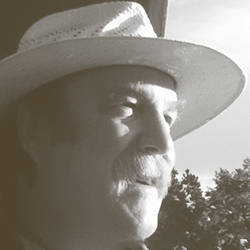