Guide to Prehistoric Astronomy in the Southwest

Since the last edition of A Guide to Prehistoric Astronomy in the Southwest in 1993, there has been a steady growth in the knowledge of astronomy practiced by the Ancestral Pueblo. Predictions that had been made in the last edition have been verified in the many annual returns of the solstice sun and, after 18.6 years, the return off the major standstill moon. New work in archaeology has been published on Chimney Rock, Chaco Canyon, Mesa Verde, Yellow Jacket, and Hovenweep, which reveals even more clearly how culture and astronomy were integrated.

Astronomy can now be understood as an essential aspect of the whole culture of the Ancestral Pueblo. The approach of this book is a synthesis of astronomy, people, and culture. After an introduction to basic astronomy and archaeology, the book identifies specific places where one can view evidence for astronomical practices, as well as observing essentially the same sunrises that were observed by the Ancestral Pueblo a thousand years ago. Astronomy did not arrive in the area fully born, and the book shows how astronomy evolved with the practical and ceremonial needs of the people. Living quarters and ceremonial spaces started out in parallel to the heavens, probably due to ancient memories of migrations from the north.

Astronomical calendars were needed to organize periodic festivals and integrate the vast spaces of the Chaco regional system. Cycles of the sun and moon were used for ceremonies involving sacred time. We have located calendrical stations in Chaco Canyon that would have provided the dates for winter and summer solstice festivals in the canyon. We now understand how Chimney Rock could have functioned as a Pueblo version of the Greenwich Observatory, by providing calendrical dates through a long distance signaling network. New interpretations are presented for the famous Sun Dagger and supernova pictographs in Chaco Canyon. During the last few decades of the 13th century, especially when the Great Drought set in, life in the Southwest became difficult and precarious, and we can see how astronomy changed just before abandonment of the area. 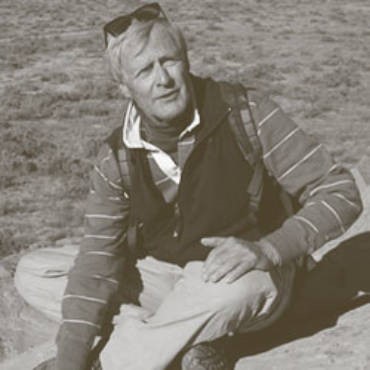 J. McKim Malville is a professor of astronomy at the University of Colorado, Boulder, and an elected Fellow of the American Association for the Advancement of Science for his work in solar astrophysics.