When word got out three years ago that I was researching the remote former mining town of Trinidad, Colorado, and its unlikely role as what The New York Times once indelicately called “the sex-change capital of the world,” I was quickly declared unfit for the role.

A transgender blogger wondered why a cisgender male was proposing to write about this forgotten chapter in gender history. “Nobody I know in the trans world appears to know this person,” she tweeted to her followers. “Why *should* we trust [him]?” She later suggested I partner with a trans writer for my book project, advice later echoed by the LGBTQ editor at a progressive website. The editor criticized everything about my proposed project, including my vocabulary choices in describing it.

“By approaching trans people with the wrong language,” he scolded in an email, “they immediately know that you aren’t equipped to tell their stories.”

As it turns out — and as difficult as it is to admit — those early critics were right. (Tipoff: I had to look up the word “cisgender.”) I was taking my first stumbling steps on a long and arduous learning curve. What followed were years of research and self-education on a topic about which I now understand I was appallingly ignorant. But I also understand how terribly common that is among people like me who grew up in an era when gender was considered a binary thing. . . .

Read the rest of the article at The Hill.

The passing of Chris Ransick is a blow to all of us. He was passionate, generous of spirit, kind, intelligent, quick to laugh, quick to fight for what’s right, a defender of words and the greater good and how they serve each other. He...

Afterhours at the Bookclub: David Hicks and White Plains on KGNU 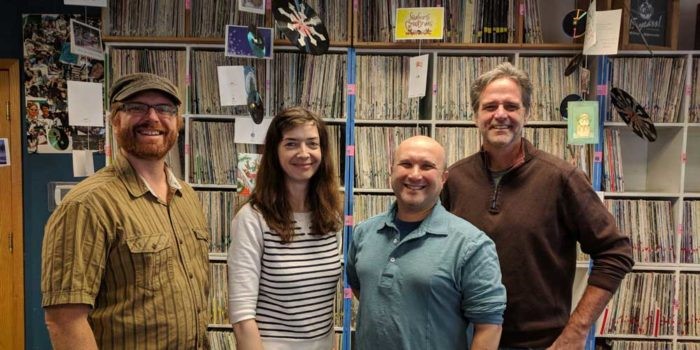 Caleb Seeling, publisher at Conundrum Press, joins Maeve Conran of KGNU, Arsen Kashkashian of the Boulder Bookstore, and David Hicks, author of White Plains, just published through Conundrum, to talk about publishing in the Rocky Mountain...

The Midwest Book Review has given a glowing review for Peter Anderson’s latest book Heading Home: Field Notes in their May 2017 issue: Many autobiographies chart journeys and discoveries, translating them into experiences directed to travel...