Robert King’s first book, Old Man Laughing was a finalist for the 2008 Colorado Book Award in Poetry and his second, Some of These Days, appeared in 2013 from Conundrum Press. The author of several chapbooks (What It Was Like; Naming Names;and Learning American), he recently won the Grayson Books Chapbook Competition with Rodin & Co. He lived in Loveland, Colorado, until his death in 2017, where he directed the website www.ColoradoPoetsCenter.org 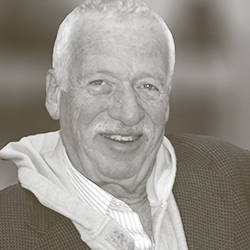