For those that are new to Denver, it may take a second or two to figure out that 5280 Magazine takes its name from the city’s mile-high elevation. The magazine began in 1993 with the simple but unprecedented step of asking 75,000 area residents what they wanted to read about in a magazine about the Mile High City. Denver, they told us, is a place of contrasts, and the magazine has worked hard to represent the stories rooted inside of that contrast. Mile High Stories celebrates 25 years of long form journalism in the magazine. 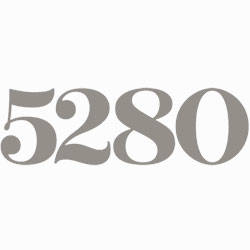